Hey guys, it’s Amy! In September, I first did this meme, and it was slightly horrendous, fairly ridiculous, and extremely fun. So I thought I’d give myself a chance to redeem myself.

When I First Saw You, or WIFSY for short, is a monthly meme here on Sailing Through Books that consists of sharing a first impressions of a book in the form of a synopsis, so basically judging a book by it’s cover yes.

Again, all of the covers were absolutely gorgeous, but this is the one that really spoke to me (this is my made-up synopsis first): 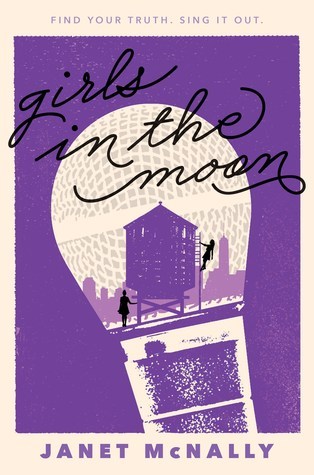 Laine and Jo have always been best friends, ever since they were just babies. But when Jo’s mom died and her dad lapsed into drinking, things started going wrong. Jo became quieter, wasn’t always at school, and never wore anything but long-sleeved shirts. Meanwhile, Laine’s dad was laid off, and with four kids, her family has been struggling to get back on their feet ever since. Every full moon, they have to get away, and they’ve made a tradition of going up to the tower and singing songs to the moon, who is always there to listen. Now, it seems as though this unbreakable friendship might be turning into something more…. But can their budding relationship survive the hardships of home?

Hey, maybe that was a little better? Let’s see, shall we? This is the official synopsis from Goodreads:

Everyone in Phoebe Ferris’s life tells a different version of the truth. Her mother, Meg, ex–rock star and professional question evader, shares only the end of the story—the post-fame calm that Phoebe’s always known. Her sister, Luna, indie-rock darling of Brooklyn, preaches a stormy truth of her own making, selectively ignoring the facts she doesn’t like. And her father, Kieran, the cofounder of Meg’s beloved band, hasn’t said anything at all since he stopped calling three years ago.

But Phoebe, a budding poet in search of an identity to call her own, is tired of half-truths and vague explanations. When she visits Luna in New York, she’s determined to find out how she fits in to this family of storytellers, and to maybe even continue her own tale—the one with the musician boy she’s been secretly writing for months. Told in alternating chapters, Phoebe’s first adventure flows as the story of Meg and Kieran’s romance ebbs, leaving behind only a time-worn, precious pearl of truth about her family’s past—and leaving Phoebe to take a leap into her own unknown future.

Ah, well, not even close. But that’s to be expected.

What do you guys think of my synopsis? Would you read my book? Have you read the actual one? Plan to? What did you think? Did you do a WIFSY? Plan to? Do tell me down in the comments (or in an email, I like those too); I’d love to hear your opinion! Toodles!